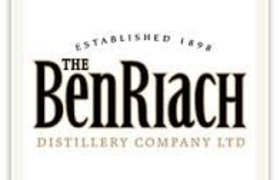 The Benriach distillery has been founded in 1898 by John Duff, who built the Longmorn distillery one year earlier. For financial reasons, John Duff was obliged to sell both distilleries two years later. The new owners decided to close one of both, and their choice is fallen on Benriach. The distillery remained closed for 65 years, but the malting floors have always been active.

The malt for Longmorn was produced here. The great needs of malted whisky in the area (specially for blends) decided the owners to reopen Benriach in 1965, after a complete refurbishing, as it has been completely dismantled when it was closed in 1900. The company has been taken over in 1978 by Seagram who was also owner of Strathisla.

Seagram doubled the number of stills in 1985, but the distillery has been mothballed in 1999, because of the financial crisis in Asia which had a very bad influence on the whisky market in this area. The distilleries belonging to "The Chivas and Glenlivet Group", part of Seagram have been bought by the French gr

oup Pernod-Ricard on 19 december 2001. The major part of the malt is used in the blends of the group: Chivas Regal, 100 pipers, Queen Anne and Something Special. The Pernod-Ricard group has sold the distillery in may 2004 to a South African group Intra Trading, led by the former Burn Stewart director, Billy Walker for 5,4 million pounds.