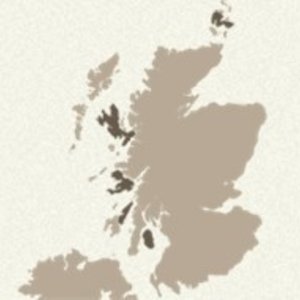 The Islands represent a very diverse region and one that is not strictly recognised as a region by the Scotch Whisky Association - technically the Islands are a part of the Highlands. It is most probably for geographic ease that this small group of islands is lumped together. There are so many different characters to be found, although usually a slight salinity is to be found, thanks to the vicinity to the sea. To the very north there is Orkney, whose single malts are coastal and full in the case of Highland Park, with plenty of honey, malt and heather and smoky malt.
The other Orcadian distillery, Scapa, has a delightful citrus and herbal quality. Then there is the Isle of Skye with its sole distillery: Talisker. Single malts here are often described as being 'volcanic' in character with plenty of body. There's Arran, who make a malty, rich whisky. It's a recently founded distillery on the Isle of Arran, founded in 1995. Finally, there's Mull and Jura. Each with a single distillery a piece. On Mull the Tobermory distillery produces a sweet, thick, slightly herbal whisky (and a heavily peated version called Ledaig) whilst on the Isle of Jura, the distillery with the same name produces some slightly maritime, oily drams with a nutty cereal character.