The legally anachronistic term vatted was used to describe the blending process but does not automatically equate to creation of a vatted malt. Likewise, the use of the term "blended" did not necessarily refer to the creation of what is typically referred to as a blended whisky. A blending of different casks or batches of single malt whisky produced from the same distillery is still considered a single malt whisky.

The "malt" part of the term refers to the use of a malted grain to make the whisky. In Scotch whisky, this grain is required to be barley. Outside of Scotland, whisky is produced from other malted grains, such as malted rye,and the term "rye malt whisky" is specifically recognized along with (barley-based) malt whisky in the code of federal regulations for whisky in the United States. Moreover, in much of the world, whisky is often made using grain that is not malted (for example, using a corn mash). In practice, unless a different grain is specifically mentioned, a malt whisky is assumed to be made from barley.

In the case of Scotch whisky, blended malts do not contain any whisky made from grains other than barley or spirits distilled using continuous distillation, unlike products labelled as "blended whisky". For the Scotch whisky industry, the terms vatted malt or pure malt have been reclassified as "blended malts" as per the Scotch Whisky Regulations of 2009, and it has become unlawful to label Scotch Whisky using the prior terminology. When an age statement appears on the label of a Scotch blended malt whisky (or any other Scotch whisky), it refers to the amount of time spent in wooden aging casks for the youngest (i.e., the least aged) whisky used in the product.

A classic, first produced during the 1930s. Duncan Taylor took the helm in 2001 and continues to blend Black Bull from equal measures of malt and grain whisky.

An ongoing release from Speciality Drinks' Elements of Islay range, previously only brought out in limited, numbered batches. 'Peat' also isn't a psuedo-elemental symbol like 'Lg' or 'Bw', but this blended malt is a peaty treat nonetheless.

Timorous Beastie Bottling Note
Joining the ranks of Big Peat and Scallywag is Douglas Laing's Timorous Beastie, a blended malt made entirely of Highland whiskies from distilleries such as Dalmore, Glen Garioch, Glengoyne and more. 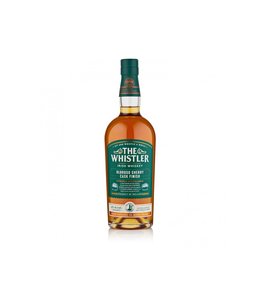 The first of three cask finished blends from the Boann Distillery's 'Whistler Irish Whiskey Range'. The Whistler Oloroso Sherry Cask Blend is comprised of malt and grain whiskey which has then been finished in a Solera Oloroso Sherry Butt for a nine month 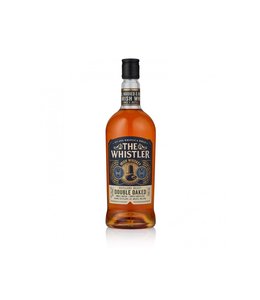 The Whistler Double Oaked is a hand-selected, premium Irish whiskey expression that is crafted in small batches using some of Ireland’s finest malt and grain whiskeys. 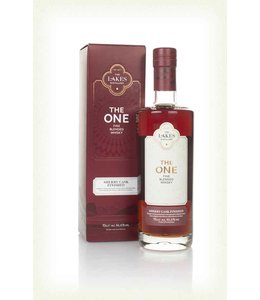 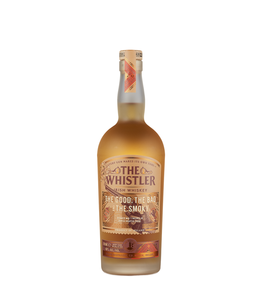 The Whistler The Good, The Bad & The Smoky

Every gun makes its own tune and this one’s a melody of peated heat and smooth blended single malts. Having spent the first part of its life in ex-bourbon barrels, this was finished it in peated quarter casks for a minimum of 12 months, giving this whiske

A 21 year old blended malt from the MacNair's Lum Reek range, produced by the GlenAllachie Distillers Company. Built around a blend created by Billy Walker of peated Islday and Speyside whiskies, alongside with GlenAllachie single malt, this expression pa 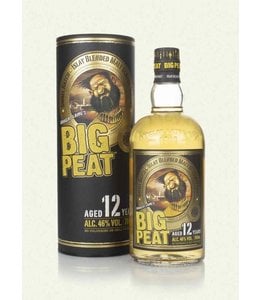 Behold, it's the first permeant release in Douglas Laing's Big Peat series with an age statement! This 12 year old blended malt, made with whiskies from the Ilse of Islay, packs a familiar peaty flavour profile, with some extra depth and complexity joinin