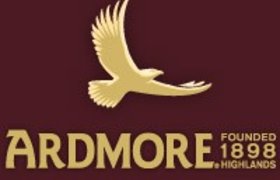 The distillery was established by Adam Teacher (son of William Teacher) in 1898. The distillery remained the property of the Teacher family throughout its history, but the William Teachers & Sons company was absorbed by Allied Brewers in the mid-1970's, which became Allied Distillers, a subsidiary of Allied Domecq. In 2006, the distillery and the Teacher's brand passed into the ownership of Fortune Brands, which itself became Beam Inc. in 2011.

The Ardmore distillery heated its onion shaped stills with coal up until 2000 but has moved to indirect steam heating. It's classic and well balanced single malt is rather sweet and full of taste. Very close to cereal, the whisky has a very interesting floral and fruity complexity. Ardmore's single malt is used in lots of blends, especially the Teacher's Highland Cream. The Ardmore distillery is one of the biggest and most modern distilleries of Scotland, and produces about 5,100,000 litres a year. Ardmore used to produce its own malt until the 1970's. Currently, the distillery buys its malt at local specialised plants, but still specifies the use of Aberdeenshire peat from St Fergus in the malting process.

The distillery stocks about 1300 tons of malted barley, and the cast iron mash tun is 25 feet in diameter and is complete with a copper dome. Ardmore's standard mash size is 12.48 tonnes and it processes 24 mashes per week. The washbacks are all Douglas Fir and Ardmore has 10 at 45,000 litre capacity and 4 at 90,000 litre capacity. The 4 Wash St stills each have a capacity of 15.000 litres and the 4 Spirit Stills each have a capacity of 15,500 litres. The distillery is settled just out outside the eastern border of the Speyside area, between the River Bogie, the Clashindarroch forest and the Grampian mountains. Ardmore is the only eastern highland distillery to have continuously peated it's single malt since its inception.

Ardmore is the fingerprint malt in the Teachers blend and the only peated malt in a blend which contains 30+ single malts. (Page reviewed in October 2011 by Alistair Longwell, distillery manager) 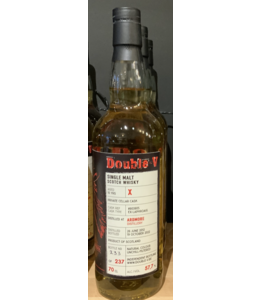 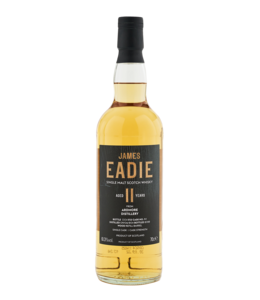