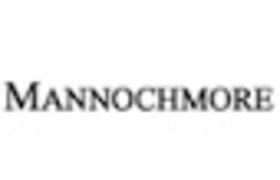 The Mannochmore distillery lies just south of Elgin in Morayshire, at the heart of Speyside. The distillery shares not only a site, but also the watersource - the Bardon Burn - with the Glenlossie distillery. However, Mannochmore is considerably larger; the three pairs of stills have a combined total capacity of 3.22 million litres annually. The site asserts a decidedly industrial aesthetic; there are onsite warehouses which boast space for 200,000 casks. Accordingly, the current owners Diageo use the space to store maturing spirit from other distilleries in addition to that of Mannochmore.

The site also hosts a dark grains plant, processing draff and pot ale. Equally sizeable, the facility processes 1000 tonnes of dark grains for animal feed every week. The whisky distillery was built in 1971 by Scottish Malt Distillers, later to become a part of Diageo. It was managed by John Haig and Co. It was only comparatively recently - in 1992 - that single malt Scotch whisky was released from Mannochmore; for many years it had been a blending component and was a constituent of Haig blends.

A more recent release, Loch Dhu, has attained popularity in Denmark, with the moniker ‘The Black Whisky’. Its colour is achieved by double charring the bourbon casks prior to maturation. The Black Whisky was latterly replaced by the similarly sinister-looking Cu Dhub, named for the Gaelic for Black Dog.