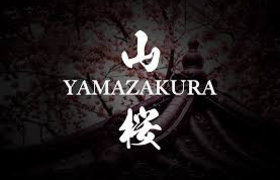 The whisky is ‘produced’ by Sasanokawa Shuzo, a liquor company – mostly active in the sake and shochu field – based in Koriyama, Fukushima prefecture. They have been selling liquor since 1765, and entered the ‘ji-whisky’ field in 1946. Like most ‘whisky producers’ at the time, provenance of the liquid that went/goes into making the products is shrouded in mystery (spanning the spectrum from spirit imported in bulk from abroad and aged in Japan to actually making it from scratch). Sasanokawa may be known to Hanyu / Ichiro’s Malt fans of the first hour, since it was that company that helped Akuto-san with the practicalities of saving the stock from the old Hanyu distillery after its bankruptcy. Post-2004 and pre-Chichibu, the Hanyu stock was stored at the Sasanokawa warehouses and some of the first Ichiro’s Malt expressions were bottled there.

‘Yamazakura’ is a relatively new brand in the Sasanokawa portfolio