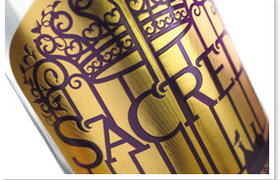 The Sacred Spirits was founded by Ian Hart and Hilary Whitney in the late ‘00s in Highgate, when Hart started trying to ‘re-engineer’ his collection of wines after many years in the financial world. With knowledge gained from his Natural Sciences degree, he began to experiment with neutral spirit and botanicals, eventually creating Sacred Gin using distillation under vacuum in glassware, rather than in a copper pot still. Sacred Microdistillery was born, right in Hart’s house in Highgate. Sacred’s range has since expanded over the years, with a selection of gins, vodkas and even an English vermouth!