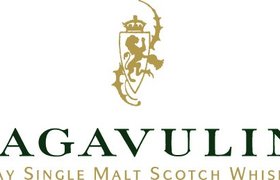 The single malt whiskies from Lagavulin, are amongst the world's smokiest with thick lapsang souchon enveloping the palate without remorse. One of the trio of Ìleach distilleries gracing the isle’s South-Easterly shore, each sharing a characteristic peat smoke as well as being Scotland’s most pungent and perhaps most revered. In 1816, the Lagavulin whisky distillery was founded by John Johnston.

Surrounded by dark peat bog and drawing its water from the Solan Lochs, Lagavulin sits at the head of a bay and not far from the ruins of Dunyvaig castle. The best-selling Islay single malt scotch until 1998, when it was overtaken by the neighbouring Laphroaig, Lagavulin is currently experiencing problems in meeting whisky demands. The recent difficulties stem from a few decades when working conditions were decidedly lax; a two day working week led to very low production and it was not until 1981 that a five day week was finally instated.

Lagavulin holds claim to Scotland’s slowest distillation with five hours for the first distillation and a further nine for the second. Despite the pungency of the single malt, there is a certain smoothness to the palate which many attribute to the leisurely rate of distillation. The heart of the Lagavulin range receives global acclaim and there have been almost no independent bottlings. Currently as much as 98% of the spirit is earmarked for maturation as a single malt and Diageo have included Lagavulin in their Classic Malts
range.
https://www.discovering-distilleries.com/lagavulin/
Lees meer
Lees minder
Geen producten gevonden