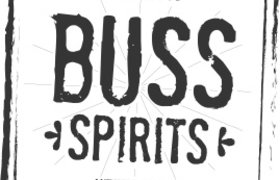 Serge Buss is a restaurant professional from a long line of independent entrepreneurs. He opened his first restaurant at the age of 20 and has been on a passionate quest for new and exciting flavours ever since, with premium quality as a key-directive

The idea for Shack Rum started in the summer of 2014. Serge had a feeling that Rum might be next in line after the Gin explosion. This was quickly confirmed by the Bar Bounce customers. It took some experimenting to find the right foundation and to assemble the right flavours. We took our time to make something special. SHACK RUM SPICED & SHACK RUM GOLD were released in February 2015. Amazing newcomers.

In 2015 both our Shack Rum Gold & Spiced received 2 gold stars from the International Taste and Quality Institute.