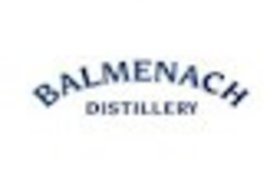 Founded in 1824, by James McGregor under the name Balminoch, the distillery lies in Cromdale, in the heart of whisky country in Speyside. The McGregors were a line of smugglers, of which Cromdale was rife. The Balminoch distillery had previously been a family-run farm distillery, but after the Excise Act of 1823, became one of the first legally run distilleries. The name derives from the Gaelic 'Am Baile Meadhnach' meaning 'the middle farm'.

The distillery remained in McGregor family hands for some time and in 1987 it was renamed the Balmenach Glenlivet Distillery Company. The distillery was sold in 1922 and subsequently became part of Distillers Company Limited in 1925 before it was acquired, in 1930, by Scottish Malt Distillers (SMD). The distillery employed an innovative nineteenth century French invention called a Saladin Box, a device which dramatically economised the malting process.

During the 1980s, SMD employed the Saladin Box at Balmenach to supply the majority of their Speyside-based distilleries with malted barley. In 1992, the first - and, thus far, only - official house bottling was released in the form of Balmenach Twelve year-old. There have been independent bottlings from companies including Gordon and MacPhail and Deerstalker and the spirit is also used in several premium blends, one such blend being Johnnie Walker.