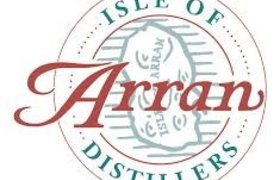 The distillery of the Isle of Arran has been founded by Harold Currie, former director of Chivas and of House of Campbell. The spirit elaborated in the distillery can officially be called "whisky" since summer 1998. To celebrate this event, a limited bottling has been released, to resume an ancestral tradition. Indeed, 150 years ago whisky was already produced on the Isle of Islay.

This whisky used to be considered as one of the bests of Scotland. Isle of Arran is sometimes called "Scotland in miniature" because all the variety of landscapes found in Scotland are present on this small island, like mountains, plains, lakes valleys and royal castles. In those days, there were about fifty distilleries on the island, most of them being moonlight distilleries.

A part of the casks are stored in the warehouses of Springbank, due to a lack of room in the distillery, and the legal impossibility to extent the current warehouses at Arran distillery. The whisky of Arran is used in lots of blends, among others Loch Ranze and Holy Isle Cream Liquor.